Your Generosity Continues Ministries in Kenya

No peace on the streets

When Patrick finally chose to leave the streets of Kenya for a life in the Navaisha Children’s Shelter, he discovered a love he had not known before. Watch and listen as IMB missionary Kristen Lowry tells his story.

Daniel and Kristen Lowry are featured in this year’s Week of Prayer and Lottie Moon Christmas Offering resources. Kristen shares the following updates about their year:

“Despite the difficulties of the COVID season, we have continued to see God at work in our lives and ministries. When the first COVID cases were discovered in Kenya, the government mandated that children’s homes, such as the Shelter, send home all children with known family. We had already been in the process of fostering two of the boys at the Shelter. We ended up fostering them through August, when they were miraculously able to be placed with family. Kenya Baptist Theological College, the seminary where Daniel serves, was also closed early in the pandemic and has remained closed. Daniel has been able to continue work through online classes with many of the students.

“The Shelter worked with the Kenyan government to conduct two emergency street rescues. We have been able to rescue a total of 70 boys this year, and so far, have reunited 35 children with their families. We have also provided monthly food support for 35 families who were affected by the pandemic.

“We ask that Southern Baptists continue to pray for children living on the streets, and those who have been rescued and reunited with their families. Please also pray for the seminary and the students affected. And pray for faithful pastors and believers in Kenya, that they will stand strong in their faith and be a light to their communities.” 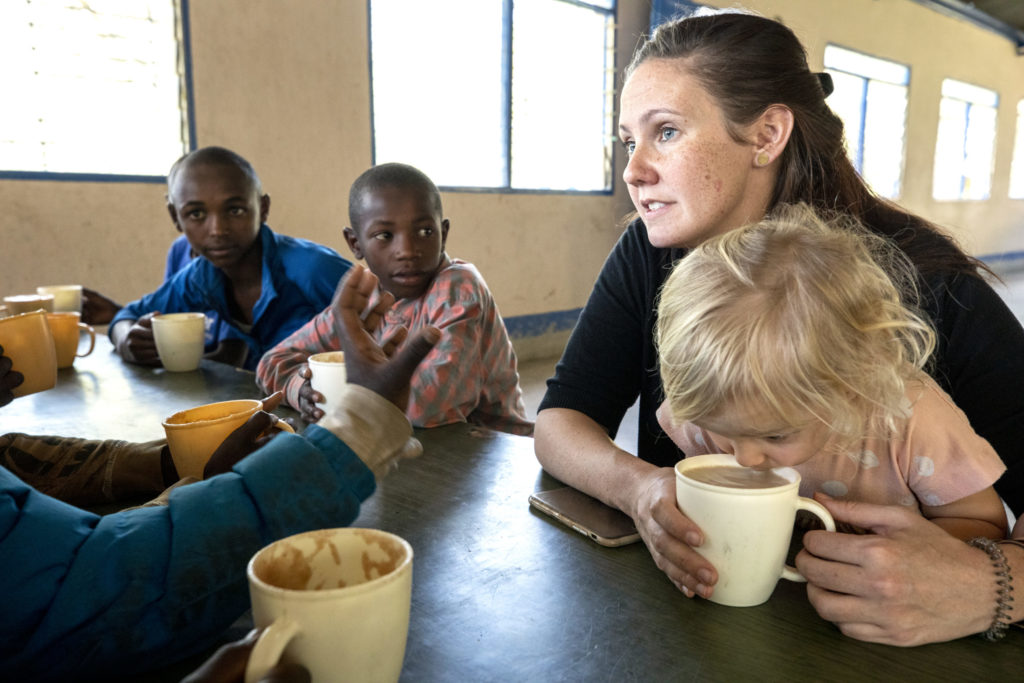 IMB missionary Kristen Lowry prayed for someone to reach the street boys of Kenya after a trip to Naivasha in 2009. A few months later, God called her to work among them. “Before I had my own children, I had street children,” Lowry said.

Read more about Daniel’s ministry at the Kenya Baptist Theological College and continue to remember these professors and students in your prayers.

Your generous gift to the Lottie Moon Christmas Offering® will sustain the vital work of missionaries Daniel and Kristen Lowry who are featured in this year’s Week of Prayer and LMCO resources. Will you join Southern Baptists in giving for the first time or increasing your offering this year? Our goal is $175 million and every dollar will go directly to the work on the mission field. With your support, we will surpass this goal and advance the kingdom as never before.