International Mission Board missionaries Dr. Randy Arnett, 62, and Kathy Arnett, 61, died March 14, 2018, from injuries sustained in an automobile accident in the Democratic Republic of the Congo. The Missouri-native missionaries served as theological education strategists for Africa.

The Arnetts were traveling to a theological training event with fellow missionaries Jeff and Barbara Singerman, from Ohio, when the single-vehicle accident occurred about two-hours’ travel from Kinshasa, the nation’s capital. The Singermans, who sustained injuries in the accident, were transferred to Kinshasa for medical care. They have since been transferred to Johannesburg, South Africa, for continued care. The missionaries were driven by a Congolese national who also sustained injuries but has been released from medical care in Kinshasa. IMB missionaries Kathy and Randy Arnett, who served as theological education strategists for Africa, died March 14 from injuries sustained in a single-vehicle accident in the Democratic Republic of the Congo. (IMB Photo)

“Randy and Kathy Arnett in so many ways represent what is best about the IMB,” said IMB President David Platt. “They gave their lives and family for over 30 years proclaiming the gospel, planting churches, and training pastors and missionaries across Sub-Saharan Africa. They did all of this with a zeal for God’s name, a confidence in God’s Word, and a dependence on God’s Spirit. They lived — and died — for what matters most in this world. They will be missed deeply by their family and friends, our entire IMB family, and men and women across Africa, yet we are looking forward to a reunion with them when one day we will see all the fruit of God’s grace in them for His glory among the nations.”

Randy and Kathy Arnett were appointed as Southern Baptist missionaries on Oct. 14, 1986. Following French language study in Tours, France, they moved to roles in theological education in Lomé, Togo. The Arnetts taught at Ecole Baptiste de Théologie pour l’Afrique Occidentale (the Baptist Seminary of Theology for West Africa), and Kathy directed the Bible Correspondence School before serving as director and professor in the seminary wives’ program. 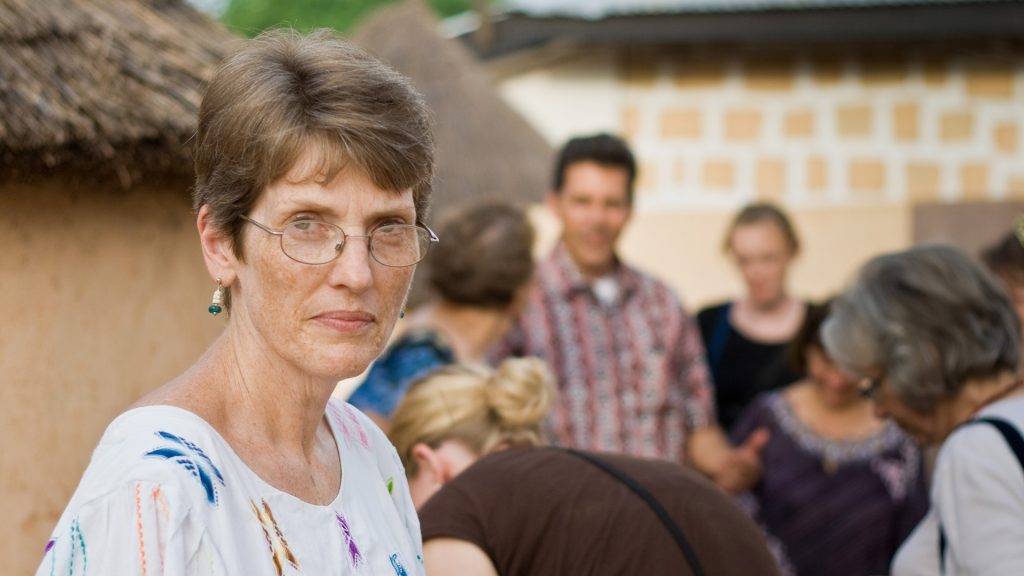 Kathy Arnett served as an IMB missionary since 1986. The Arnetts were theological education strategists for Africa, responsible for networking with seminaries worldwide and assisting national theological institutions in improving their effectiveness. (IMB Photo by William Haun)

From 2009 until their deaths, the Arnetts were theological education strategists for Africa. They were responsible for networking with seminaries worldwide and assisting national theological institutions in improving their effectiveness. They also taught at the Institute Baptiste pour la Formation Pastorale et Missionnaire in Côte d’Ivoire, in subjects such as evangelism, missiology, cultural anthropology and Baptist history.

“What stands out to me about Randy and Kathy was their love for Africans and the exceptional rapport they had with them,” said Roger Haun, who served alongside the Arnetts in Africa. “This rapport came from the fact that Randy and Kathy were joyful people — always smiling, and Randy was often teasing and joking with people and always sharing in their lives.”

Haun, who now serves as director of IMB’s personnel service center in Richmond, and his wife, Sarah, knew the Arnetts for the duration of their careers as missionaries. They served together on leadership of the West Africa regional team, they lived as neighbors in Africa, and their children attended school together. The last time the Hauns were with the Arnetts in Africa was the celebration of the 50th anniversary of Baptist work in Cote d’Ivoire in August 2016.

“Many participants were marching about two miles from the nearby town to the seminary where the celebration was held,” Haun said. “Randy and Kathy were right there in the middle of it — singing and dancing the whole distance with the African participants under the hot African sun, rejoicing with their African brothers and sisters in Christ.” 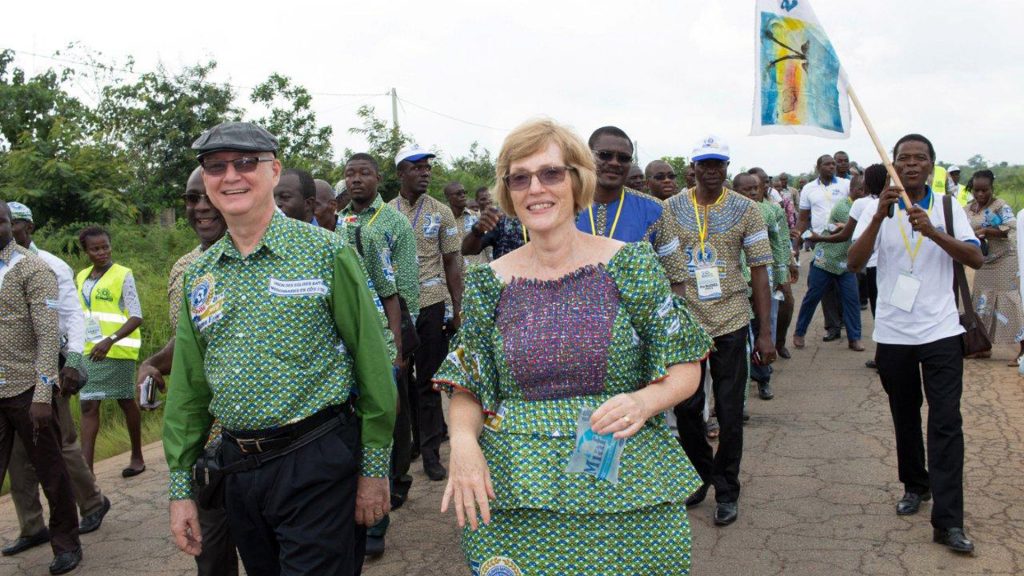 Randy and Kathy Arnett celebrate the 50th anniversary of Baptist work in Cote d’Ivoire in August 2016, walking about two miles to a seminary alongside fellow Christians. The Arnetts, who died March 14, were known for the joy they shared with African friends and colleagues. (IMB Photo by William Haun)

Colleagues of the Arnetts have noted how their lives impacted the work of theological education strategy in Africa and around the world.

“The Arnetts were theological trainers who knew well the importance of contextualizing our training approaches,” Lawless said. “We will miss them greatly, but their influence will continue for generations.

In the preface to his doctoral dissertation at The Southern Baptist Theological Seminary, which later became the book Pentecostalization: The Evolution of Baptists in Africa, Arnett wrote that he discovered through his study “that my missiology, birthed in the crucible of practice, holds up in the heat of academic inquiry. Indeed, I have adjusted and strengthened my thinking, but the foundation stands firm.” “God called me to missions and gave the faculty of scholarship,” Randy Arnett wrote. “My insatiable desire for understanding comes from Him. Thank you for your goodness and mercy that makes all this possible.” (IMB Photo by William Haun)

“Many students begin their doctoral studies with a dissertation topic in mind. I did not. About two years into the program, I encountered a word in an obscure article that caught my attention — pentecostalization. The term captured that which I had observed among West African Baptists. Thus, the quest began, the quest of placing the pentecostalization of Baptists in the crucible of academic inquiry. And, it has been an insightful and enjoyable quest.”

Arnett added that “God called me to missions and gave the faculty of scholarship. My insatiable desire for understanding comes from Him. Thank you for your goodness and mercy that makes all this possible.”

The Arnetts are survived by two grown daughters, Bevin Wyrick and Jillian Cavness. Visitation is planned for Thursday, March 29, from 4-7 p.m. at Gorman-Scharpf Funeral Home in Springfield, Missouri. A memorial service is planned for Friday, March 30, at 10 a.m. at First Baptist Church in Springfield with a graveside service to follow. The daughters plan to honor their parents by wearing African clothing to the funeral and invite others to also wear African clothing, if they feel led.

Read a tribute to the Arnetts’ work by Chuck Lawless, dean of doctoral studies and vice president for spiritual formation at Southeastern Baptist Theological Seminary, where he also serves as professor of evangelism and missions. Lawless also serves team leader for theological education strategists for the IMB.