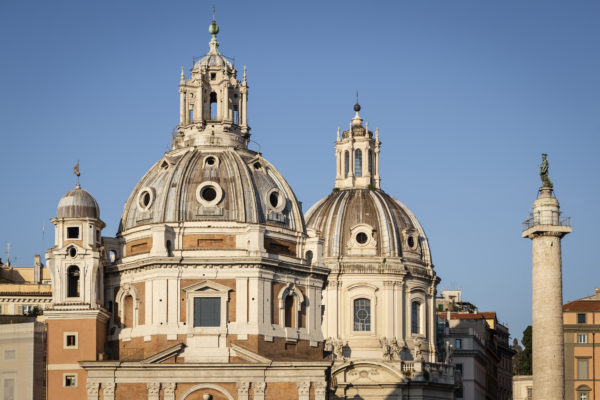 The massive domes of two “twin” churches – Santa Maria di Loreto and Santissimo Nome di Maria al Foro Traiano – rise above the surrounding buildings in Rome, Italy. The former was planted in 1500 when a local association of bakers began building on the site. The latter was build in a similar style over 200 years later.