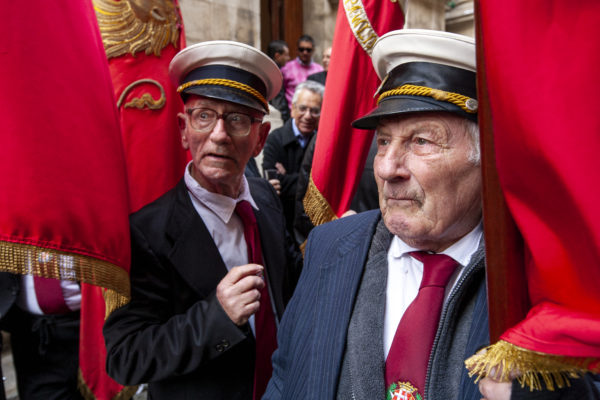 Men in Malta prepare to march in a parade during the Feast of St. Paul’s Shipwreck festival that commemorates the Apostle Paul’s shipwreck on the island in 60 A.D. During the parade, people carry a large statue of Paul and what is believed to be his wrist bone through the streets.