Give Now
What Jews, Muslims, and Christians in Jerusalem Think of the Resurrection
By Bethany Singer
Northern African and Middle Eastern Peoples - Updates

What Jews, Muslims, and Christians in Jerusalem Think of the Resurrection 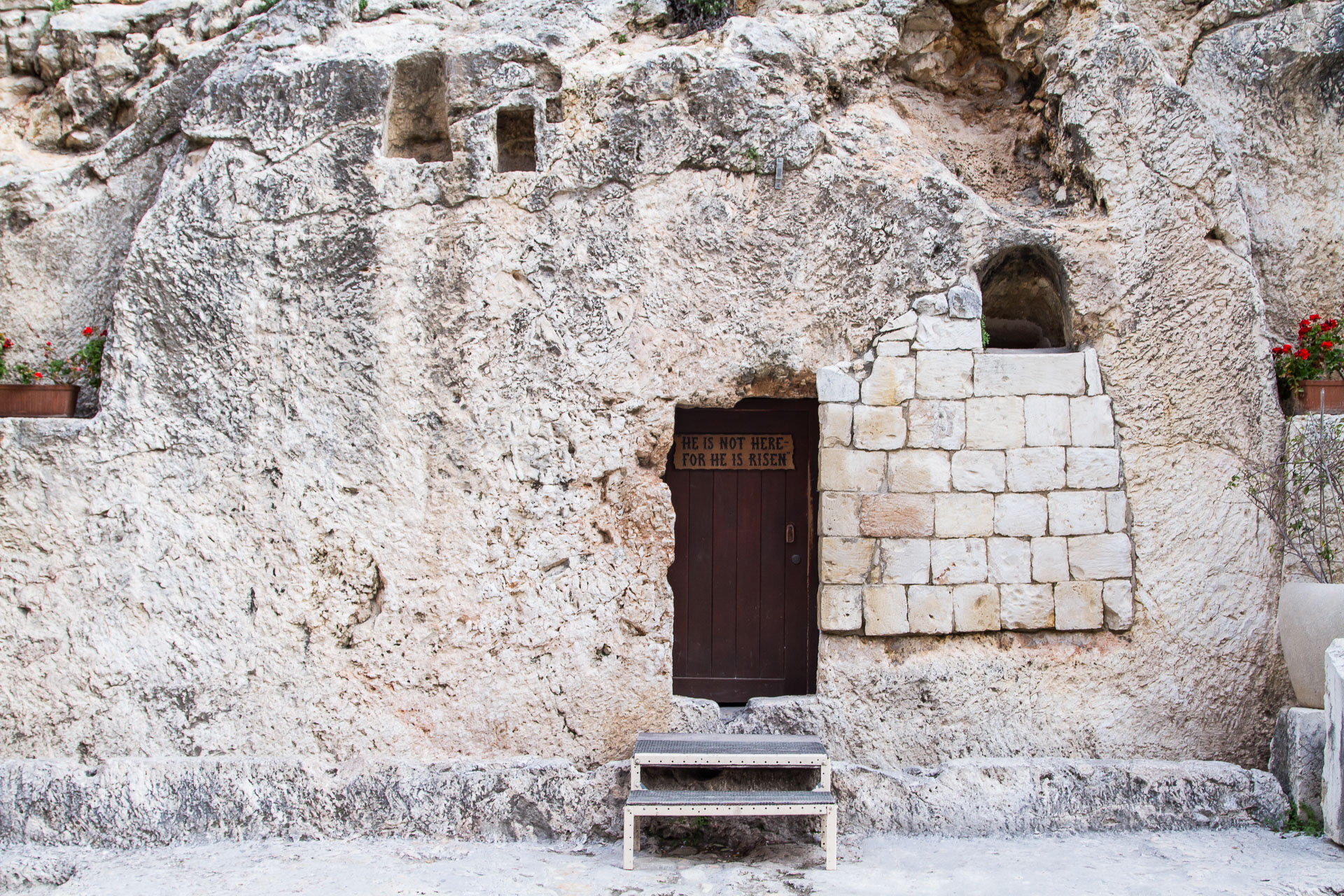 On my first visit to Jerusalem, I visited the Old City and its Church of the Holy Sepulchre, the supposed site of the cross and tomb of Jesus. I waded through the busy crowds, almost knocking over racks of relics, candles, scarves, and postcards until I finally made it into the church building. The July sun had been blinding, so the first thing I noticed inside was, in contrast, darkness.

When my eyes adjusted, I saw how much there was to take in. Orthodox Christians knelt and wept in front of the stone where it’s believed Jesus’s body was prepared for burial. Tour groups of all sizes, with guides speaking dozens of languages, swarmed like schools of fish from relic to relic. Priests reminded people to be quiet and not linger long, directing traffic toward the cross on the right and the tomb on the left.

For some visitors, this was a defining moment, one they would describe to their future grandchildren. For others, it was simply one of many sites on a historical tour. More interesting to note are the people who don’t pay any attention to the church or what it represents. Jews, Muslims, and Christians call Jerusalem home, and each group views the church and the empty grave differently.

There are multiple subdivisions in each of these faiths according to how they’re practiced in Israel. It would take several articles to address the views of each group. This article addresses how Jews, Muslims, and Christians in Israel generally view Jesus’s defining moment—his resurrection—memorialized in this church.

Jews and the Resurrection

Jewish people passing the empty tomb likely consider it someone else’s matter—it’s not for them. Jews may have heard something about Jesus, but as one lady responded when I asked what she thought of him, “I don’t think about him. He has no connection to me. I’m Jewish.” She and most other Israeli Jews don’t believe Jesus is the Messiah or that he was resurrected. He and the empty tomb are religious symbols for other people.

Even though Jesus is a defining figure in religious history, Jews in Israel may not know much about who he was. His Jewishness is not reflected in his name, which leads Jews to think that Jesus is only for non-Jews.

“I don’t think about him. He has no connection to me. I’m Jewish.”

The angel told Joseph to name the baby “Yeshua,” quite literally meaning, “salvation.” We call him Jesus because of the New Testament’s Greek rendering. However, traditional Jews refer to him neither as Yeshua nor Jesus, but as “Yeshu.” This is an acronym for “may his name be wiped out.” It is spoken after the name of someone who is considered an enemy of the Jews. In order to grasp the significance of the empty tomb, Jews need to know the true Yeshua and understand that he came as one of their own, as the Messiah.

The empty tomb also is an intellectual snag for Jews. As Paul said, this message is foolishness to the Gentiles and a stumbling block to the Jews (1 Cor. 1:23). The Holy Spirit helps Jews overcome this through the reading of the New Testament, seeing the fulfillment of Old Testament prophecies, and understanding that Yeshua, their fellow Jew, is for them and not a foreign concept or relic.

Not “Jesus,” a translated idea. He is Yeshua, who studied the Torah as a boy and kept the feasts and holidays. When they realize that Yeshua came for Jews first, they can understand the resurrection.

Muslims and the Resurrection

Muslims don’t believe in the concept of resurrection. Although Jesus is mentioned in the Qur’an as a good man and a prophet, the book denies that Jesus was crucified, let alone that he rose again. Muslims refute that people are so helpless that they need an outside savior, so the cross and grave’s significance remains beyond their frame of reference.

When Jerusalemite Muslims hear the name of Jesus—or any Christian terms related to the cross, resurrection, Easter, or savior—they associate it with a culture and world full of things and people that are “other” than them—not for them. Sadly, the tomb and other related sites lead Muslims to think about their political struggles with the culture of people called Christians.

In order for the tomb to be significant for Muslims, they first have to accept that Jesus was crucified. Many Muslims in Jerusalem inexplicably find themselves drawn to the person of Jesus after hearing biblical accounts of his life, and through friendship with Jesus-followers. The Holy Spirit uses Scripture and the witness of believers to help Muslims accept Christ’s death and resurrection. The empty grave becomes a symbol of guaranteed hope and new life.

Christians and the Resurrection

“Jerusalemite believers from Muslim, Jewish, Christian, and secular backgrounds celebrate the empty tomb and how it makes a way for all nations to be saved.”

It would be old news to a cultural Christian to tell them Jesus has risen. But if their faith is not a living faith, the tomb would be simply a backdrop to their lives. When cultural Christians pass by the empty tomb, they may feel a need to cover their heads out of respect. They may move their hands in the formation of a cross, say a special prescriptive prayer, or perform another symbolic gesture that’s disconnected from a living inward faith.

But for Christians with a living faith, the resurrection is a symbol of our new life in Christ. Jerusalemite believers from Muslim, Jewish, Christian, and secular backgrounds celebrate the empty tomb and how it makes a way for all nations to be saved.

When a person from a Christian or any other cultural background accepts that sinless Jesus not only died for their sin but also rose from the dead in power, the resurrection becomes the power of God in and for them. The power of the resurrection breathes life and light into a faith as dark, dusty, and faded as the inside of the church that houses the tomb.

Bethany Singer lives in Jerusalem and has served among Muslim, Orthodox Christian, and Jewish people. She enjoys relating to people through local languages, music, and cuisine, and facilitating the worship of the one true God among the nations.