Prayer and giving most needed in response to Afghanistan crisis 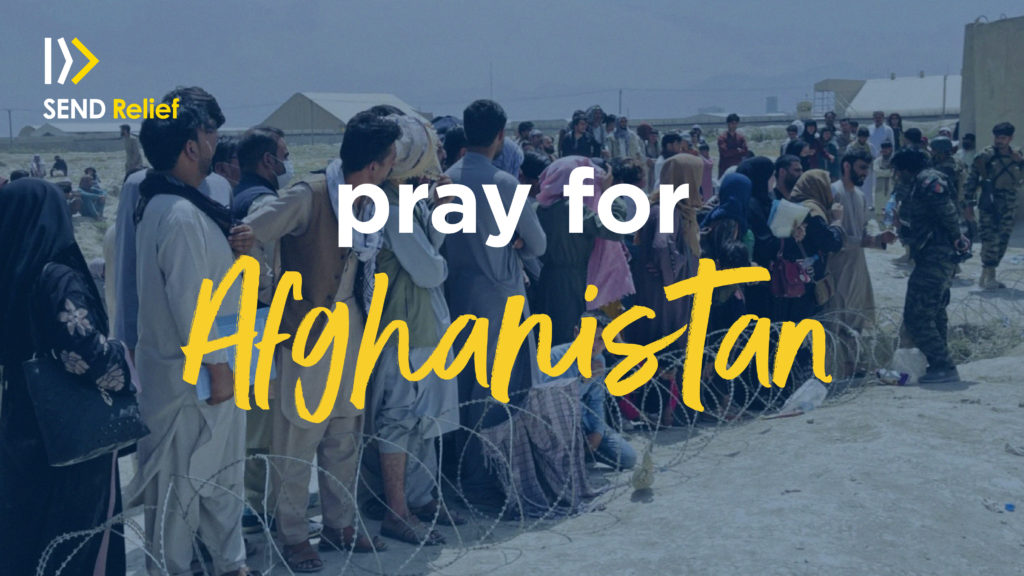 The Taliban have seized power in Afghanistan, storming across the nation and capturing all major cities within a matter of days. This political takeover occurred just weeks before the U.S. was set to complete its troop withdrawal from Afghanistan.

In the current crisis, an exodus is building as people by the thousands try to evacuate the country. Tens of thousands of Afghans who may be vulnerable to Taliban retaliation are looking for a chance of escape. One primary group of Afghan refugees are Christians fleeing imminent persecution, as well as other religious minorities, ethnic minorities and women and girls.

At this time, we are asking those who want to support our response to do so through prayer and giving. You can find updates on the Send Relief website here: https://www.sendrelief.org/projects/afghanistan-crisis/