Give Now
2022 in review: Together, we reach the nations
By IMB Staff
General

2022 in review: Together, we reach the nations

Over and over, we see examples of Southern Baptists coming together to take the gospel to every nation. The cooperative efforts have never shone brighter than this year. You set a record with your generous giving. The Lottie Moon offering was the largest in the 177-year history of the IMB with $203.7 million.

IMB president Paul Chitwood reminded those attending a sending celebration at the Southern Baptist Convention in Anaheim, California that 100% of that offering goes to sending and equipping missionaries, just like it has since the beginning. In fact, 25,000 missionaries have been sent to the nations throughout our history. In 2022, more than 3,400 missionaries were on the field engaging the 4.7 billion least reached peoples. Missionaries heading to global areas where security is a concern were shown behind a screen. More than 90% of IMB missionary teams actively engage unreached people groups, many in hard-to-reach places where safety and security are daily considerations. IMB File Photo

“They need us, Southern Baptists. They need you,” Chitwood told the SBC audience back in June. “This is why we came together, and this is why we must stay together.”

Southern Baptists send IMB missionaries to be present among those who have never heard the gospel. As we look back on 2022, we see our top stories for the year points to this commitment.

We believe missionary presence helps cultivate gospel access that knows no boundaries. This has never been more apparent than in European countries surrounding Ukraine this year. As the conflict between Ukraine and Russia elevated and refugees flooded into neighboring countries, we were there to help — physically, emotionally and spiritually. A decades-long partnership with Romanian, Moldovan, Polish, Ukrainian and Russian Baptists allowed Southern Baptists to not only be among the first to respond but to be there for the long term.

More than $10 million was raised by Send Relief for Southern Baptists to use in 72 different relief projects related to this war. While that is impressive, the best part is how quickly you responded to a need and joined national believers and churches already at work. 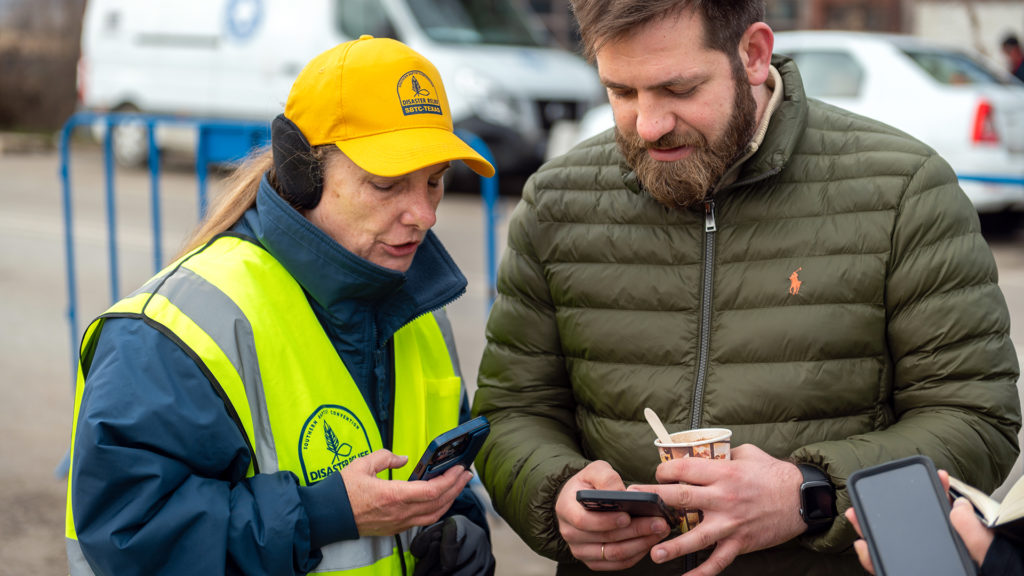 Terry James, from the Southern Baptists of Texas Convention, and Iaroslav, a Ukrainian from Bucha, share information in front of the SBDR station. Iaroslav escaped from Bucha before the siege, and tirelessly worked to help his company’s employees leave. IMB File Photo

Broken for Bucha – Southern Baptist response teams overflow with compassion for those coming out of the war zone to seek safety. A team of Southern Baptists from California, Missouri and the Southern Baptists of Texas Convention manned a station, offering coffee, snacks, reading glasses, Bibles and QR codes leading to a gospel website developed by the IMB.   >>Read More<<

Thousands of Ukrainian Christians find solace in Polish Baptist church – Chelm Baptist Church’s response to Ukrainian refugees who made long and arduous journeys out of their homeland and burdened by the loss of life as they knew it in Ukraine was something right out of the Bible. >>Read More<<

Every day 157,690 people die apart from Christ and spend eternity in hell. This lostness is the world’s greatest problem and the reason more than 90% of your missionaries actively engage one or more least reached people groups or places. We feel gospel belief results in lives transformed and we celebrate with our new brothers and sisters in Christ around the world. 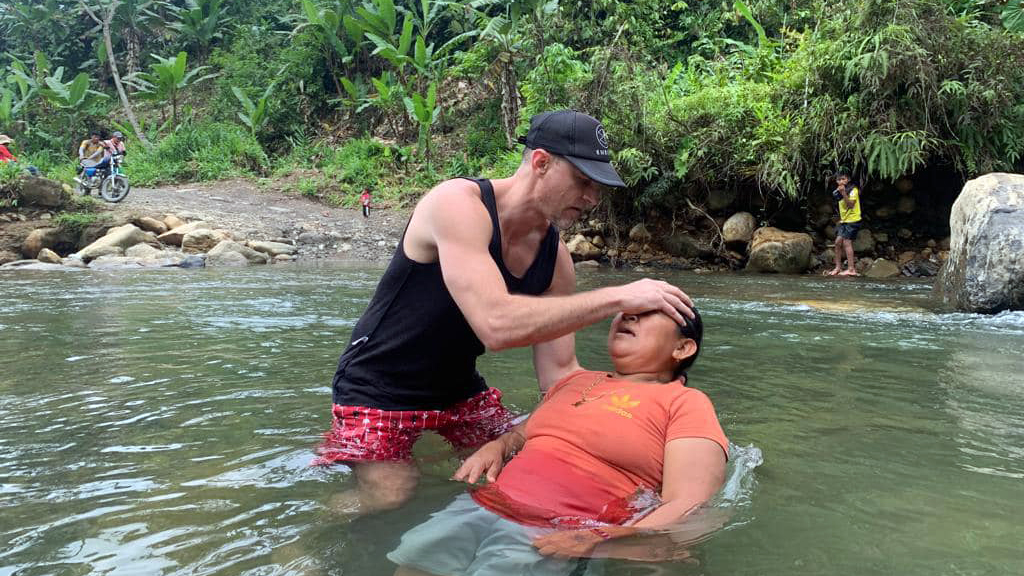 First known believer baptized among people group – Sarah, the first known follower of Christ among her tribe, couldn’t stop smiling as she explained her decision with the community. This moment was years in the making. In fact, you began specifically praying for this three years ago. >>Read More<<

For so long, the definition of “finishing the task” has been when the local church can stand on its own. But it’s not truly finished until they can come alongside and be part of reaching other peoples with the gospel. When we disciple and plant churches, we want it to lead to local ownership of God’s mission. Warriors to missionaries – Only a few decades ago, the Bugkalot people were one of the fiercest tribes in the Philippines, known for beheading their enemies. Now, they send missionaries to neighboring tribal people to share the good news that transformed their own lives. >>Read More<< God cannot make our purpose any clearer than He has through these stories of ministry in 2022. Together, we seek to take the gospel to every nation, all tribes and peoples and languages. Visit imb.org/newsroom to read more about the work God is doing around the world through your IMB missionaries.