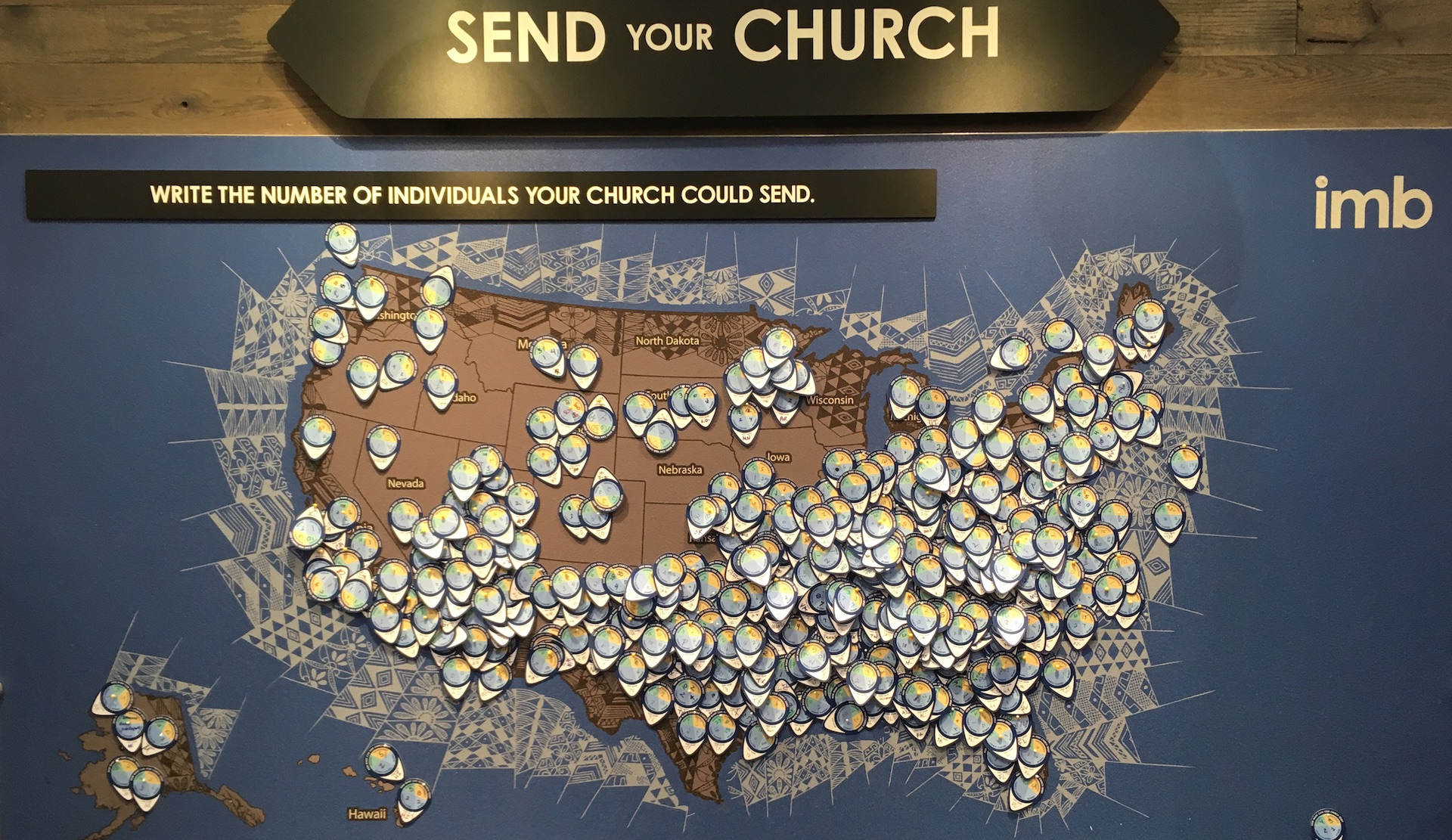 Family reunions are fun . . . and weird. They include a bunch of cousins you don’t know and that one weird uncle with his hand in the mashed potatoes. But they’re interesting because there’s history and legacy and interesting stories you didn’t know. The Guinness Book of World Records clocks the largest family reunion at 4,514 people. That’s a lot of weird uncles and wild stories.

Last week, however, I had the privilege of joining an even larger family reunion: the Southern Baptist Convention. Five thousand brothers and sisters in Christ gathered to share stories, worship, catch up with relatives, and take care of family business. After 172 years, our family still gathers.

Our yearly gathering has weathered wars, recessions, fights, and disagreements—you know, like a family. Despite massive changes in country, culture, and world, this year’s reunion underscored the fact that our original family vision still stands strong. We have joined together to share the gospel and make disciples and churches among peoples and places in every corner of the world. And I left this year’s family reunion with five takeaways.

1. Never underestimate the power of working together.

Last week, as I sat in a room with hundreds of church leaders and listened as one of our missionaries in a closed country shared his heart on video, I was overwhelmed by the strength and necessity of family. This brother, his wife, and his young kids are serving in one of the hardest places to take the gospel on earth. Even sharing with us online was somewhat risky. He thanked the room for sending them, he prayed for us in the US to be united on mission, and through tears, he challenged us to give our everything to God. As I also tried to hold back tears, I felt like part of a family—a big, focused family.

The sending of this missionary and his family—and thousands more—is the result of millions of Baptists and tens of thousands of churches focused on the singular vision of taking the gospel to all unreached peoples and places. His presence in a hard place was made possible because many people obeyed. This unity must focus our corporate affections and attention.

2. Where we send missionaries today is where the church will be tomorrow.

Where we go today matters. During the question time for IMB’s report to the Convention, Kambiz Saghaey, a Muslim background believer, walked to a microphone on the floor of the Convention Hall and shared a thank you to IMB, and thereby all Southern Baptists, for sending missionaries to his home country. Because we sent, he and his family in Iran heard the gospel.

IMB President David Platt responded, “It is awesome to see when the mission field becomes the missionary force.” It was a mic-drop moment. Kambiz is now a follower of Christ and a leader at Southeastern Seminary. Because our SBC family sent people, there is now a church in Kambiz’s home country.

3. Never underestimate the power of obedient people to make a difference for the kingdom.

During the IMB Sending Celebration on Tuesday evening, David Platt shared the story of Madeline Ray, a college student who suffers from a rare and deadly brain condition. It has caused strokes and prevented her from traveling on mission. As she contemplated what to do with her gift from the Make-A-Wish Foundation, she decided to use it for the kingdom.

Together with IMB missionaries and her family, she chose a people group in Asia and donated the gift she received from Make-A-Wish to be used to reach them. Her obedience will resonate among a people on the other side of the globe, who will now be able to hear the gospel. We—you and I—have this potential for obedience daily.

4. The work of missions will never be easy.

I had a conversation with a group of protesters outside the convention hall in Phoenix. As I did, I was reminded that our calling to make disciples among unreached peoples will never be easy. We are often misunderstood, misquoted, and vilified as we try to live our lives as Christ followers. Last week, social media users and press members alike waited with bated breath to exploit any statement coming from the stage. People are waiting for us to fail, and Jesus warned us that it would be so, for the world who hated him would hate us, as well. We got a little taste of that last week.

During one of the events at SBC, David Platt shared the harrowing life story of Adoniram Judson, who followed God’s missionary call to Myanmar (then Burma) when he was in his mid-twenties. Despite incredible hardship, he labored to share the gospel and start churches in Burma for four decades.

He suffered sickness, the death of wives and children, imprisonment, and much opposition. God multiplied his efforts and the church in Burma multiplied churches and schools and grew to more than five hundred thousand believers. His circumstances were challenging, but he chose to continue his work through the power only God could give. As a Southern Baptist family, we must make the same choice, no matter the circumstances we face.

Family, our shared mission has never been easy. It has, however, always been in obedience to God and focused on exactly what people need: the redemption of God in Christ. Let us move forward as a family, united and unwavering, taking the gospel to every woman, man, boy, and girl in every unreached place on our planet.

Chad Stillwell rallies students and their leaders to be actively involved in God’s global mission. He currently serves as IMB’s student mobilization leader.