The Missionary Legacy of Jim and Elisabeth Elliot 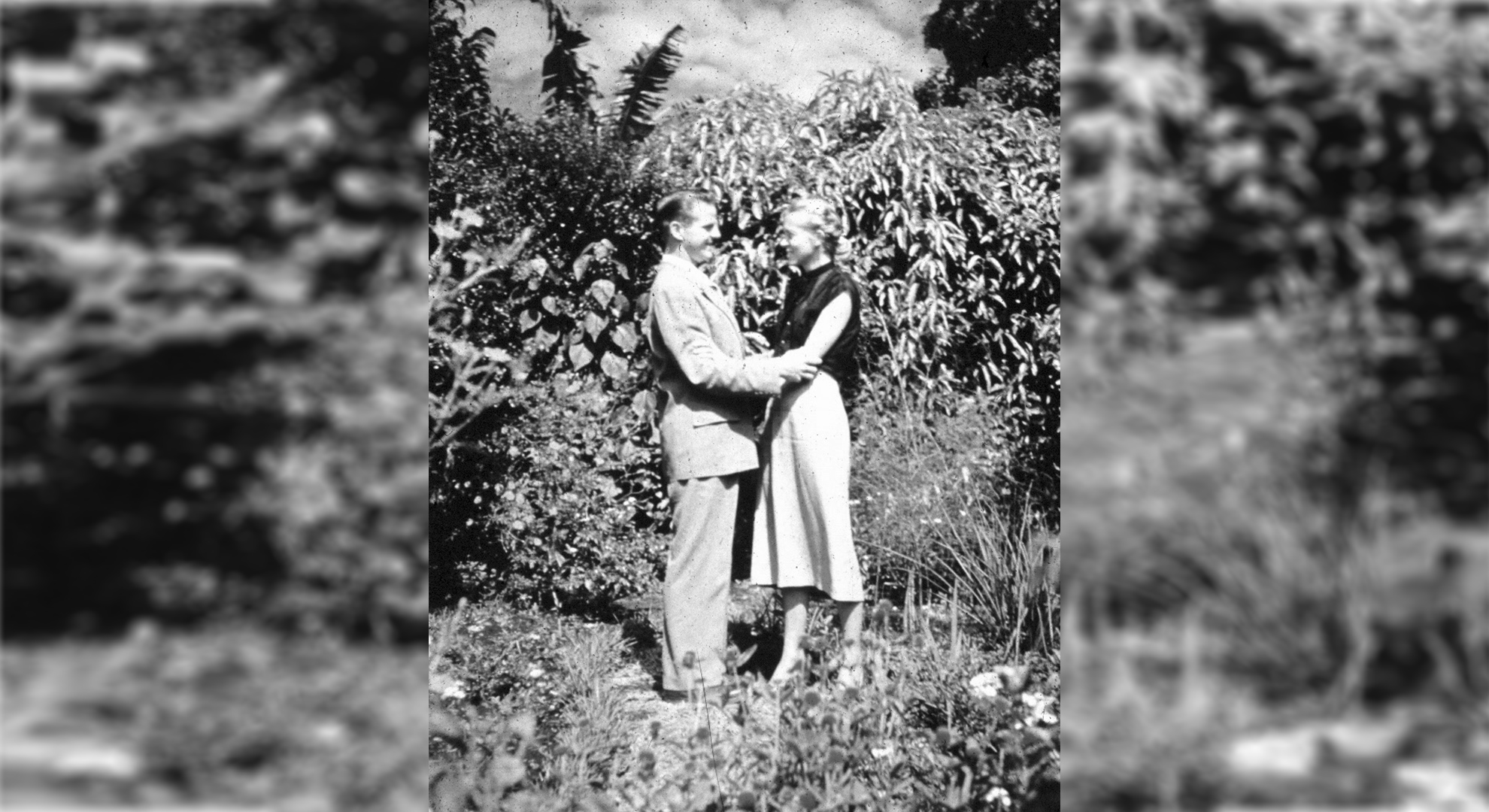 Many of us are well acquainted with the story: Jim Elliot and Elisabeth Howard met as undergraduates at Wheaton College. After a stormy courtship, seeking to reconcile their love for each other and their desire to do missions work, they married. They sought, along with four other families, to evangelize the Auca (later Waorani) people, an indigenous tribe in Amazonian Ecuador. And then Jim and four missionary friends were speared to death. It’s a heroic account that for generations has spurred on the modern missions movement.

Jim and Elisabeth’s only daughter, Valerie Shepard Elliot, has had an unusual perspective in all of this. Soon after her mother’s death in 2015, Valerie stumbled on a collection of her mother’s letters to her father during their courtship. “Every letter has so many profound truths in them that they are unbelievable treasures,” she says. The result is Devotedly: The Personal Letters and Love Story of Jim and Elisabeth Elliot, where Valerie compiled never-before-published letters and private journals about the early years of her parents’ love story.

I corresponded with Valerie and asked about what surprised her most while combing through her parents’ letters, what their missionary legacy has been, how the Lord worked amid her mother’s various health challenges, and more.

Ivan: Many are familiar with your parents’ love story story through Passion and Purity and Shadow of the Almighty. What was most surprising about their story as you worked on this new project?

Valerie: My mother gave me my father’s letters many years before I got to read them (simply because of the number of children I still had at home needing my attention). So when I had the quiet time after the last one left to attend college, I was most amazed by his writing ability and poetic imagery, my mother’s brilliant logic and clarity, and the delightful sense of humor they both had. I also didn’t know how they struggled with not being sure of whether God wanted them to marry, and why and how long it took for my father to know when he had “the green light”!

In a video promotion for the book, you describe how after your mother’s death and preparing for her memorial service you told your husband, “I can’t carry this weight of the legacy.” How heavy is this legacy? And in what ways is it heavy?

I know that in order to honor Christ, my life must measure up with the gospel, but I also know my own inconsistencies and lack of serious perseverance. My gifts and my calling are different from my parents. My concern was how to keep the legacy alive using my own voice. As Eugene Peterson wrote in his book, A Long Obedience in the Same Direction, I knew my own tendency to be distracted by many other things could get in the way of obedience. But my husband helped me understand it’s not about me; it’s about who Christ is, and he carries the load.

What do you see as your parents’ missionary legacy?

The effect of my parents’ lives and my father’s death, especially, had a huge impact on missions from 1956 through the 1960s. My mother’s books, Through Gates of Splendor (1957) and Shadow of the Almighty (1958), changed many people’s lives. She shared my father’s story of working with four other men as missionaries to the Auca Indian tribe, when they were brutally murdered by the very people they were trying to reach with the gospel.

Their story of sacrifice and devotion to God still strikes at the heart of one’s selfishness. That’s why, I believe, it has been and continues to be a powerful catalyst for calling Christian men and women to mission work.

Choosing to become a missionary is a decision to weigh carefully. Doing God’s work doesn’t mean that you’re promised complete safety or guaranteed you’ll see immediate results. But there is immense assurance that you’re following the Lord God Almighty whose plans are far greater than anything you could imagine.

Even though my father and his fellow missionaries’ lives were taken, their work among the Auca Indians was far from over. My mother (and other missionaries) picked up where they left off, living and working among her husband’s murderers. God used her obedience and faithfulness to ultimately reach and transform the tribe for Jesus Christ.

As your mother’s health declined over the last decade of her life due to dementia, how did you see the Lord at work in her life amid the various challenges?

I saw my mother quietly accept what had happened to her, though she couldn’t express it. Before she lost most of her speech, a phrase that she often spoke was “God knows the way through the wilderness.” She seemed peaceful and trusting, and she was delighted when people came to visit her to tell her of their prayers and their love.

She had been such a strong-minded and independent woman, but the dementia gave her an accepting and sometimes a resigned spirit, which just exemplified her trust in the sovereignty of the Lord.

What were some of the favorite stories your mom told you about your dad when you were growing up that helped you get to know him? What did they do for entertainment/rest/fun in the jungle? What lessons from their marriage helped shape your own marriage?

I can’t think of any specific stories, but her joy in their relationship definitely was an example to me of what a courtship and marriage should be. There weren’t many “fun options” for them in their “free time” because there was so much to do every day.

They did believe in resting and reading on Sundays, and if they had any free time, they would’ve gone swimming or taken a hike. They both loved being outdoors and I have the same desire. I think the example of having good conversations, laughter over hilarious situations (my parents were such excellent observers of people and of nature), and enjoyment of one another has grown in our own marriage, especially now that my husband is retired.

What piece of wisdom from your father’s journals has most deeply affected you in your Christian walk?

There are several wise quotes that challenge me and all boil down to the same thing: genuinely living for God’s glory, not my own. His maxim, “Determination, not desire, determines destiny,” has helped me in these last two years as I contemplate my own “wants” as opposed to my determination to apply the disciplines I know God wants of me. My subconscious phrase I’ve lived by has most often been “plenty of time” (to do what I want!) because I tend to have unrealistic expectations of what can be done in one day.

I also love the prayer that my father wrote in his journal: “I have covenanted with the Father, that He would either glorify Himself to the utmost in me, or slay me.” I want to live as he did—all out for God’s glory—and be just as eager for death, so that God may be seen in either. This quote spurs me on to prayer that I will simply be God’s child, being obedient, radiating his glory, and not looking for praise from people.

As my father wrote, “Lord, make my way prosperous not that I achieve high station, but that my life be an exhibit to the value of knowing God.”

Ivan Mesa is a contributing editor for the International Mission Board and an editor for The Gospel Coalition.