Naomi* was born in a remote village, accessible only by boat. She is the only Deaf person in her village, and she did not learn sign language until she moved to a city as an adult.

Her family, like most in this country, are Muslim, but being Deaf, Naomi could not hear the daily calls to prayer. She also could not read the Quran. She had no hope, no matter how hard she worked. 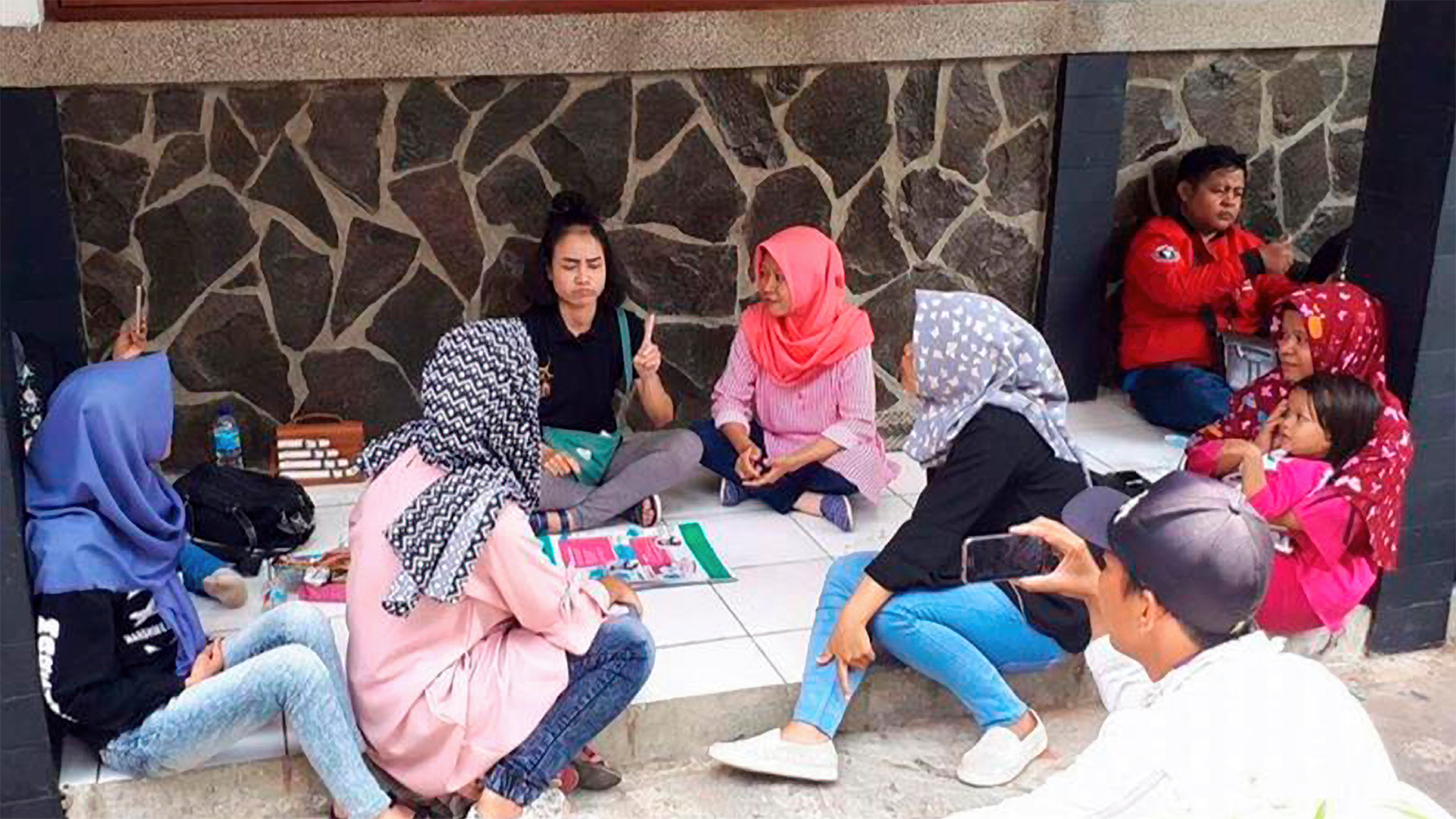 In 2019, IMB workers reported 193 new believers among the Deaf. Praise God for the growth of His kingdom in this community and ask that more will understand the gospel and respond.

Naomi married, had a daughter and was widowed as a young woman. To provide for her daughter, she left her daughter in the care of her parents and ventured to a city to find work.

After Naomi moved to the city, she met Nick*, a former Muslim who had committed his life to Christ. Nick introduced Naomi to other Deaf believers, taught her Sign Language and helped her find a job. Nick, other Deaf Christians and IMB workers consistently shared the good news with Naomi. She confessed she wanted to follow Jesus wholeheartedly, but her family would never allow her to see her daughter if she chose to believe. Despite knowing the gospel, witnessing to friends, and helping me with a Bible translation project, Naomi was not ready to forsake her home, her family and daughter.

During the COVID 19 pandemic, Naomi lost her job and had to return home. Away from Christian friends, Deaf community and her church, Naomi started praying to Jesus for help and comfort. In a dream, Jesus told her to follow Him. When she woke up, she obeyed.

Naomi was also burdened for her daughter.

“Who will tell her [about Jesus] so that she will be saved? If I don’t share my faith with her, how will she be with me in heaven?” Naomi remembers thinking.

Naomi went to her parents with her Bible and told them she would follow Jesus from now on. Although shocked and sad, her parents knew they could not raise their granddaughter without Naomi’s income. Though there is still tension between Naomi and her parents, she was allowed to stay with her daughter.

Naomi told me she feels free and unburdened for the first time in her life. Naomi is planning to be baptized as soon as travel restrictions are lifted. Since following Jesus, Naomi has become a bold witness and has shared the good news with four friends. They too wish to be baptized and they want to start a church in their community.

Bethany Forrester serves with the IMB among Deaf peoples.