Historic commitment signed to send missionaries from Asia to Africa

Daren Davis, the IMB leader for missionaries serving in Africa, said the signing of the memorandum is a historic step toward seeing Asians engage those in need of the gospel in Africa.

“This is a worthy effort, and we stand here to say we will stand firm, in one spirit, with one mind, striving together, side by side. Why? For the sake of the gospel,” Davis told those who gathered for the signing. “Welcome to this momentous occasion, welcome to this time where we join hands across the ocean to see the next step of partnership, the next step of ‘side by side’ for God’s glory.” 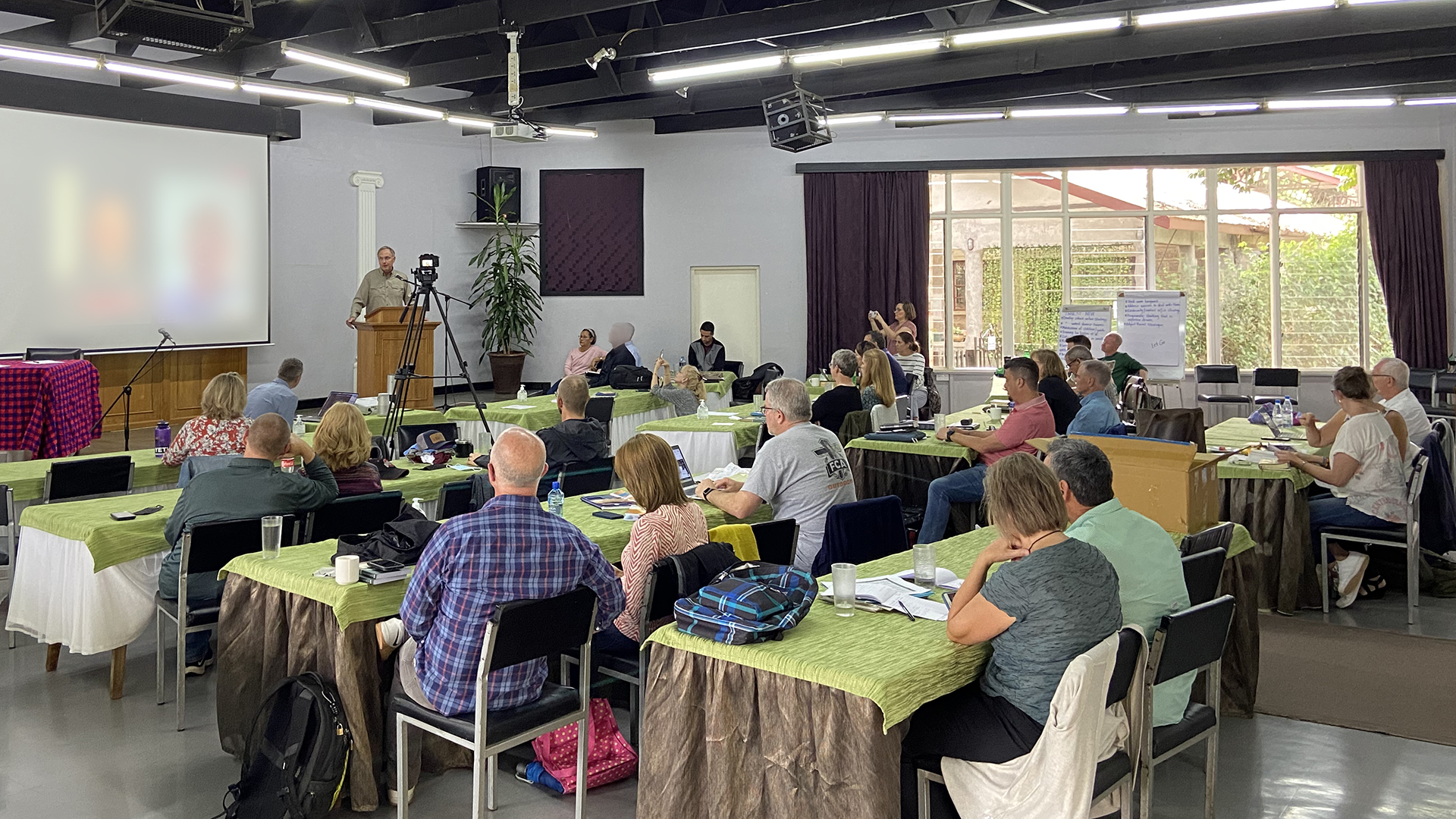 Five years ago, Asian and Kenyan Christians gathered with IMB personnel in Kenya to dream and plan for a mission partnership. Davis said they were encouraged by Philippians 1.

Davis acknowledged the decades of missions’ investment in Asian countries.

“We stand here today on the shoulders of those who went before us, people who labored in places where the name of Jesus was not known, and now, from those very places, rise up believers who are going to the nations for the sake of the gospel,” Davis said.

Jeff Singerman, who serves in Africa, said the brutal fact is that there are multitudes of unreached people on the African continent. He sees the signing of the memorandum as an answer to prayer. It is a building block to understanding that Christians from other nations can join the task of seeing African churches sending African missionaries.

Singerman said they will host multicultural trainings to enable missionaries from Asia to be fruitful and successful in the mission and in the calling that God has given them.

“This collaboration might be the greatest contribution the IMB can make in this generation of missionaries. In other words, facilitating connections with those whom we work, so that they can understand their fulfilling and calling to the missionary task,” Singerman said.

Jonathan Tipton*, the IMB leader for missionaries in Asia, said, “We’re privileged to not only witness but play a key role in missions history that is just now beginning to leverage all of the economic and technological accomplishments made within the last 200 years.”

Tipton said the lightning speed of the development of telecommunications and transportation creates a bridge.

“Not only do we, but our Christian brothers and sisters from all the people we serve, have a massive and unprecedented opportunity to walk on this same bridge, declaring the gospel to all the peoples of the earth as we and as they go,” Tipton said.

Tipton said it’s important for the IMB and other sending agencies to represent and reflect the changing and expanding demographic of Christians.

The up-and-coming missions force is not from North America. As a reflection of this, before the signing of the memorandum, IMB leaders and missionaries prayed in Chinese, Thai, Korean, Portuguese, Wolof and Lozi. Daren Davis shares a message of encouragement and exhortation from Acts 3:1-23 to missionaries gathered for the signing of the memorandum of understanding. Davis is the affinity leader for Sub-Saharan Africa.

Jeremiah Farmer, who serves in Asia, said, “It is my hope, that before I die, I get to see more Asian missionaries on the field than Western countries have ever sent in Christian history. I hope the same is true for Sub-Saharan Africa.”

Farmer noted that Asian missionaries make an enormous commitment when they choose to answer the call of the Great Commission.

Several missionaries recently finished training and are in the process of moving to West Africa.

Josh Rivers*, who serves in Africa, said the missionaries will come alongside their urban team in a key gateway city in Muslim-majority West Africa to share the gospel, disciple believers and plant churches.

Rivers said they will work in a developing area of a rapidly growing city to engage both the residents and the growing population of migrants.

“In partnership with Asia and the Pacific Rim, we are sending laborers into locations that are well below 1% evangelical,” Rivers said. “Most have never heard the gospel explained to them. Not only is this a wonderful opportunity to see more laborers among the lost, but it also serves as a testimony to believers in West Africa as they see nationals from Asia coming and walking alongside them for the advance of the gospel. It becomes a testimony to the West African believer that they too can be sent by God to carry the good news to other nations.”

Davis said he longs for the day when missionaries are sent from Africa to Asia.

“Let’s work together so that African churches will send African missionaries to our brothers in Asia, to our sisters in South America, to the big cities of Europe – taking the gospel back to America. We are living in a day when we are going from everywhere to everywhere,” Davis said. “May we put our hand to this plow and move forward.”

Pray for these missionaries from Asia who are in the process of moving to Africa. Pray that eventually African churches would begin sending missionaries to Asia as well.