International Mission Board President Paul Chitwood began IMB’s report to the Southern Baptist Convention annual meeting with recent good news from the mission field. He recounted a message he received the previous night from a pastor whose daughter serves overseas. Chitwood shared that three Muslim women had accepted Christ as Savior. These salvations were the first the IMB missionary team had seen among this people group.

Chitwood brought greetings and thanks from IMB’s 3,600 missionaries and their 2,850 children. These children were on his mind, he said, as he thanked messengers for the significant steps they approved to prevent sexual abuse. 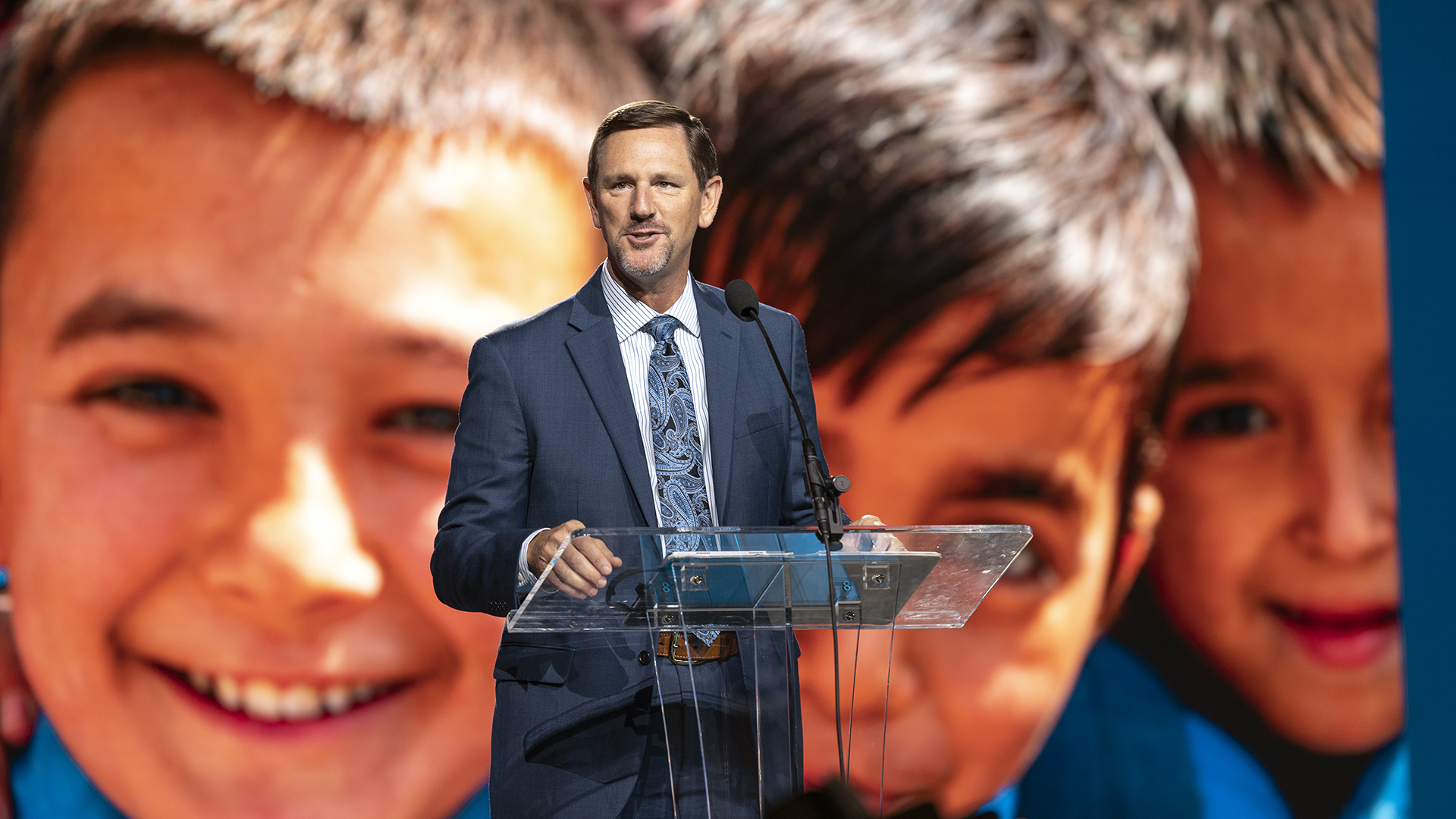 “At the IMB, we have made sweeping changes,” Chitwood said. “Just as we have seen the Lord honor transparency, humility and repentance in this area at the IMB, I believe we will see Him honor these things in our denominational family.” Information about IMB’s response can be found at imb.org/abuseresponse.

He continued, “This effort is important because what we do together could not be any more important. For all the problems in our world — and abuse is a tremendous, grievous problem — the reason we cooperate is to address the world’s greatest problem.”

This message is the core of IMB’s new brand, which was launched to the public at the annual meeting in Anaheim, California. In the 177-year history of the IMB, churches have sent 25,000 missionaries through the IMB to the nations to share the gospel. More than 92% of IMB missionary teams are dedicated to work among the world’s unreached.

Chitwood encouraged messengers with further statistics about the impact of missionary presence in 2021:

“Our two primary revenue streams, the Lottie offering and the Cooperative Program, combined are currently running more than 14% ahead of last year’s giving year-to-date,” Chitwood reported.

He described a plan launched last year for every Southern Baptist church to be contacted by an IMB missionary.

“Our missionaries have already reached out to more than 38,000 Southern Baptist churches. Many of these churches are hearing from one of their IMB missionaries for the very first time,” he said. Churches wanting to know the missionary who has been assigned to their church can email info@imb.org. With the encouraging news of IMB’s report during the convention, IMB President Paul Chitwood reminded messengers of the reality of global lostness and the urgency of working together to bring the solution of the gospel to the nations. IMB Photo

Chitwood said with the good news of growth, another number continues to grow.

“Based upon global population growth, the global death rate and religious affiliation, our global research team reports the number of people dying each day apart from Christ. That number, for this year, is estimated to be 157,690,” he said.

“More people will die lost today than on any other day upon which the sun has risen in human history.”

Chitwood concluded IMB’s report by saying that churches still have work to do – “the most important work in the universe.”

“Together, we get to share the good news of Jesus with people and places where that news has never been heard. Together, we send, sustain and support missionaries to be steadfastly present around the globe to share that message and plant healthy churches. We must reach the nations, together.”

Leslie Peacock Caldwell is managing editor at the IMB.