Give Now
Response to gospel evident in the Balkans, despite challenges
By Libby Donaldson
European Peoples - Featured

Response to gospel evident in the Balkans, despite challenges

Before she met Jesus, Gryta* had a very low self-esteem. Her past holds experiences of abuse, neglect and health issues. A few years ago, she met Amy Williams, an IMB missionary, at an ESL class. Amy befriended Gryta and told her about the boundless love of the Savior. Gryta then went to a Bible study where she received more kindness and acceptance from other Christian women. Unfortunately, her patterns of destructive behavior continued.

Gryta lives in Macedonia, officially the Republic of North Macedonia. It is one of the ten countries that compose an area of Europe known as the Balkans. Missionaries Kyle and Jackie Kirkpatrick work in the Balkans and also know Gryta. In 2019, Amy and the Kirkpatricks saw a change in Gryta, who was facing another health crisis. Gryta asked God for healing, yet when she didn’t immediately experience her desired results, she continued to praise God. She declared His faithfulness to other patients, doctors and visitors to her medical ward. Through her witness, Gryta’s father chose to follow Jesus. 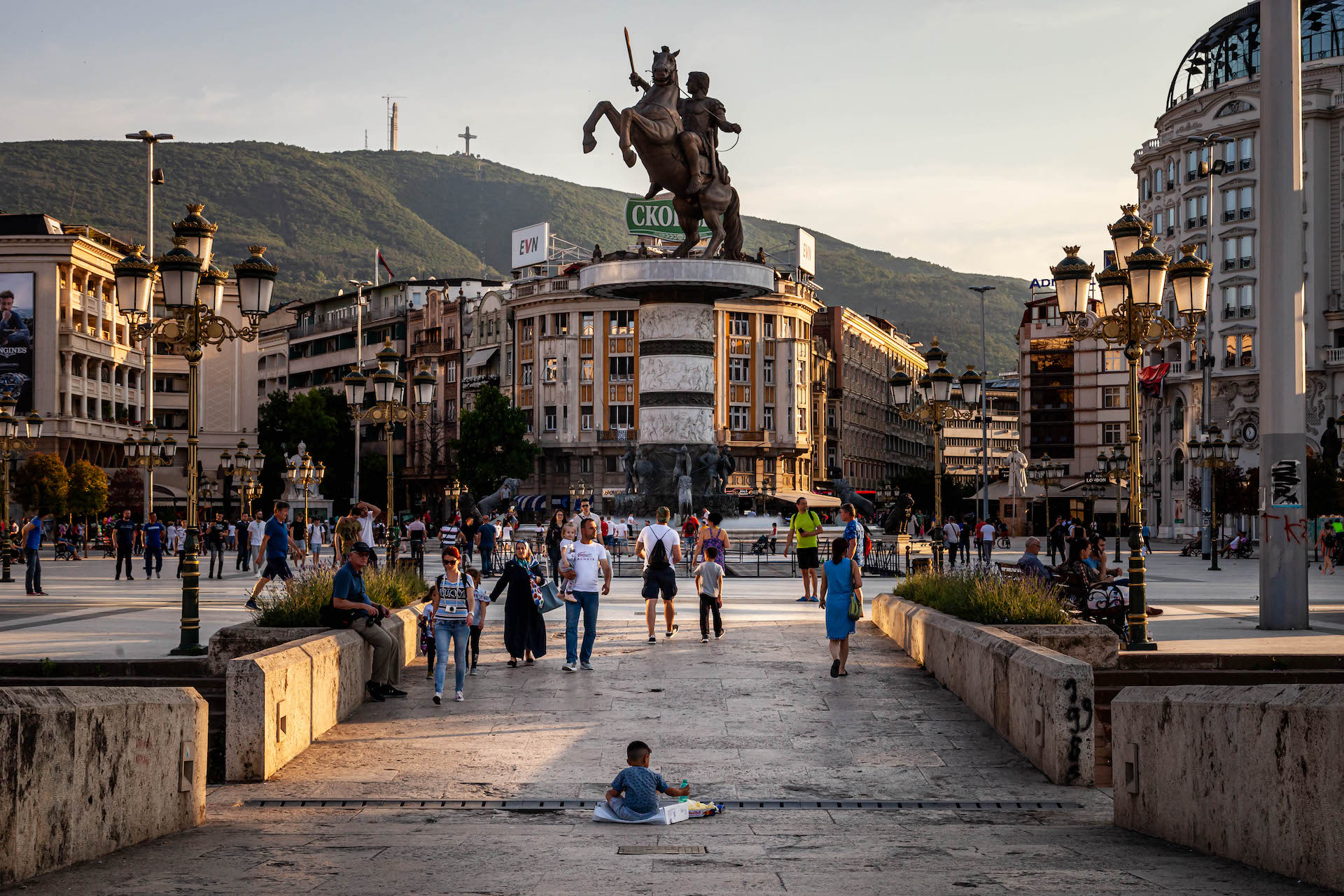 “Her testimony was that even though her health was still weak—and Macedonians believe that physical health is all-important—God had changed her heart through Jesus,” Kyle said. “[Gryta] began to put action to the words of faith that she had been hearing for years.”

Gryta’s story is one example of God’s life-changing power and eternal salvation in the lives of people who live in the Balkans. This part of southern Europe generally includes the countries of Albania, Bosnia and Herzegovina, Bulgaria, Croatia, Kosovo, Montenegro, North Macedonia, Romania, Serbia and Slovenia.

In this region, Eastern Orthodoxy is a dominant religion. It teaches that if you are in right relationship with the religious system, you are right with God. For those who practice Eastern Orthodoxy, “faith [is] defined as relying on the church’s teachings and participating in its liturgy and sacraments,” writes Preston Pearce, IMB’s theological education strategist for Eurasia. He says it also invites followers of this belief system to be more superstitious.

Preston continues: “Orthodox people today are caught between two cultural currents: their ancient, transcendent and pervasive Orthodox worldview, and the torrent of influence (good and bad) coming from the West. Unfortunately, they sometimes link the gospel to all the West offers—freedom, prosperity, questioning of authority and declining morality and religion.”

While Eastern Orthodoxy may be the most prevalent belief system here, the Balkans are also home to many followers of Roman Catholicism and Islam. More than half of the populations in Albania, Bosnia and Herzegovina, and Kosovo officially claim Islam. Christian workers in traditionally Muslim areas report that many evangelical churches are small and believers face opposition from family members and friends who culturally cling to Islam and resist new faith ideas.

The Balkans face ongoing financial depression, which highlights the people’s desires for material possessions. For more than thirty years, this part of Europe has lagged behind in economic development. Still people are busy pursuing economic success and financial security. Families strive to place their children in the best schools. Those who are interested in the gospel find it difficult to make time for Bible studies or worship services. Yet they are frustrated with society and hungry for answers.

In the midst of these economic hardships, the Balkan people have lived through decades of military conflict. Seven of these countries didn’t exist in their current independence until a couple decades ago. One group of battles, the Yugoslav Wars, occurred from 1991-2001. Before then, Bosnia and Herzegovina, Croatia, Kosovo, Montenegro, North Macedonia, Serbia and Slovenia were all a part of the Socialist Federal Republic of Yugoslavia.

These conflicts have had massive impact on how people in this part of Europe view themselves and their need of the gospel, which challenges deeply rooted ideas of identity.

“Faith in itself is secondary in importance to the identification with their ethnic group’s religious identity,” says Jeff Williams, IMB missionary in Macedonia. “But a person who has accepted an evangelical understanding of Christianity and has been baptized is considered in a sect and to some degree shunned.”

“Those wars reinforced for Balkan people that religion and ethnicity are deeply linked,” Kyle says, explaining that for many, to be Serb is to be Christian, and to be Bosnian is to be Muslim.

“This means that hearing the gospel is often asking someone to deny that they are a Christian in the first place. It is a redefinition of who one is and what it really means to be a Christian. Because ethnic ties run so deep in one’s heart there is a significant boundary to the gospel as defining faith, rather than faith being part of who you are from birth.”

Despite these challenges, missionaries see that younger generations are showing an openness to stepping away from their strong links of national and religious identity. Believers, like Gryta, are showing more boldness in their faith and workers are finding more opportunities for gospel-centered conversations. Within the Balkan countries, God is at work and more laborers are needed for the harvest.

Join with churches and missionaries in praying for the countries in the Balkans.

Job requests are open for workers in the Balkans. Leadership is looking for both mid-term and long-term career personnel. Learn more at imb.org or by emailing Kyle at macedonia.kyle@gmail.com.

Libby Donaldson is a contributing writer for IMB.