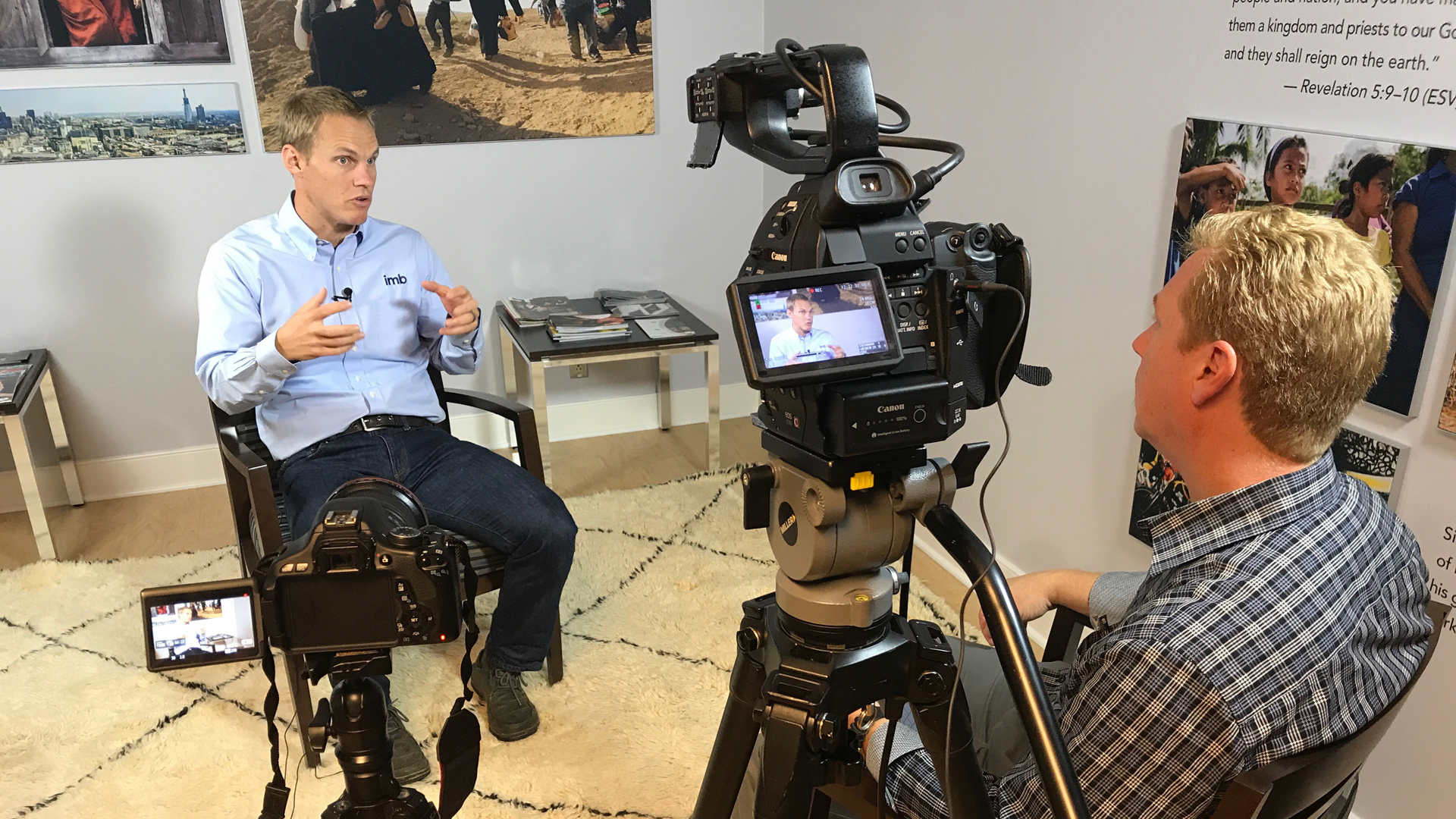 David Platt, president of the International Mission Board, says he is more excited now about leading the SBC’s largest mission organization than ever before. At the same time, Platt is excited about serving the church where he and his family worship in a new way starting today.

According to McLean Bible Church, Platt, who began as IMB president in August of 2014, was confirmed Wednesday night, Sept. 27, as the church’s teaching pastor by a 95% approval vote of the members.

Platt acknowledges it is a very unique situation to be in both roles. Before coming to the IMB, Platt discussed with the presidential search team how in light of the age and stage of his family and his extensive travel domestically and internationally during the week for the IMB, he would be with his family in one church on the majority of Sundays.

“Since I’m going to be a meaningful member of a church, I want to love and build up that church for God’s glory in any way I can,” he said. “Obviously, it’s a unique paradigm for a church to have a teaching pastor (who is also leading the IMB) alongside a lead pastor who is providing day-to-day leadership in the church. It was extremely encouraging to see the unity of the church through a 95% vote saying [that they] affirm this model of church leadership for the spread of the Gospel not only in our local community but also around the world.”

But Platt also wants to reassure Southern Baptist churches regarding his role at IMB. “I am all in as IMB president,” he shared. “Me teaching God’s Word in the local church is not in any way indicative of a desire to do less at IMB. I am not changing anything when it comes to my commitment to the IMB.”

Platt and IMB trustees have committed to evaluate his involvement at McLean over the coming months to make sure that his commitment to the IMB remains the same.

McLean Bible Church (MBC) was started in the Metro Washington, DC area in 1961 as a non-denominational church. Lon Solomon began serving as MBC’s fourth pastor in 1980. According to the MBC webpage, the church had 200 members when Solomon started as senior pastor. Outreach Magazine reports that the church now has an attendance of a little more than 11,000 people, worshiping in five locations around Metro DC.

Larry Cooper, chairman of the board of elders of MBC, shared the results of the vote with the congregation last night. “Our vote tonight followed several months of prayer, discussion, and seeking the Lord by our elders, by our staff, and by David and his trustees at the International Mission Board (IMB).” Cooper continued, “Together with David and with all of you, we celebrate how the Lord has provided for us as we prepare to step into a new season at McLean Bible Church. Our prayer from the beginning has been that McLean Bible Church emerges as a passionate, unified, and committed congregation. We are seeing evidence of that every time we gather together.”

According to McLean Bible Church’s FAQ document on its website, “MBC became a cooperating church with the SBC in 2016 to more effectively engage in church planting across Metro DC.” The church also began giving through the Cooperative Program that same year.

MBC recently affiliated with the SBC of Virginia (SBCV). So far in 2017, the church has contributed $100,000 through the SBCV to the Cooperative Program. Church planting records show that MBC is currently supporting 22 SBCV church planters through monthly support and/or church planting grants.

“McLean is a strong church with a prolific Gospel witness in Metro DC and beyond,” says Brian Autry, SBCV’s executive director. “The church has been a generous partner with a number of church plants and is partnering with Southern Baptists through the Cooperative Program.”

Regarding MBC’s partnership, Platt said, “This is a picture that I want to see across North America…churches who see that partnering together through the SBC is good for the spread of the Gospel. Hopefully it is a picture that will happen more and more as more churches see the value of partnership together in the SBC for the spread of the Gospel.”

Platt says his wife and family (they have four children, ages 11, 9, 7, and 4) are fully behind him taking on the mantle of teaching pastor in addition to his role as IMB president.

“I would say whereas I have been 100% confident the Lord has been leading us to do this, I would put my wife at about 200%.” Platt says he wouldn’t be doing this if he didn’t feel a definite leading from the Lord. “This seems like the wisest way to be a husband and dad and to be president of the IMB – and in the process, to love a local church for the spread of the Gospel to the nations.”

Autry shared, “From the time David [Platt] arrived in Virginia, while leading the IMB through major transition, he has been involved in his community and a local Southern Baptist church plant. David is a passionate voice for missions and a biblical preacher who will have the opportunity to impact many through the pulpit of McLean.”

Platt began as interim teaching pastor at MBC in February of 2017. During this tenure, he says his role at IMB has not diminished from the agreement with IMB for him to travel during the week and stay at home about 65% of weekends.

“I’m still traveling like I was all over the place during the week, and then on the weekends. I’m traveling at least as much as I have been in the last few years, if not a little bit more.”

Platt says that for the past year, he had been feeling that he wasn’t using his role and gifts in a way that shepherds and mobilizes as many people as possible on mission. He says that many of the ways he was motivating and encouraging believers while pastor of The Church at Brook Hills (Birmingham, AL) from June 2006 to August 2014 had virtually stopped. That’s when he was approached by MBC to consider serving as interim teaching pastor.

“They were going through a transition where they were transitioning from a primary teacher to a teaching team. They have a lead pastor who would be responsible for day-to-day responsibilities in the church, and they were praying for somebody to become a teaching pastor going forward who would not have those responsibilities for day-to-day leadership in the church–not a senior pastor, but a teaching pastor who would preach…about two-thirds of the Sundays, maybe a little less. And it was just, I don’t think a coincidence.”

He is not taking a salary from MBC and believes that volunteering to preach at McLean will feed his ministry at the IMB. He hopes that his sermons from MBC can be used through podcasts and other multi-lingual resources to encourage men and women here and missionaries around the world on mission.

Platt feels that with its current financial stability and the new emphasis on “limitless” Southern Baptists going to the mission field, the IMB’s best days are ahead. “What I’m most excited about when I think about the last three years is the work that has been done to set us up for sending missionaries from churches across the SBC and all kinds of different pathways to the nations.”

He believes that his additional role as teaching pastor at MBC will only help. “I’m just asking how can I maximize my time with my family on many weekends for the Kingdom. How can I maximize that in a way that’s good for the broader mission of mobilizing and shepherding people to get the Gospel to the nations? That’s what’s driving me.”

“I just want to maximize my time as a follower of Christ in the local church, using whatever gifts He’s given me for the building up of the local church and other churches beyond that for the spread of God’s glory.”

Brandon Pickett serves as Associate Executive Director for the SBC of Virginia, which originally published this story.